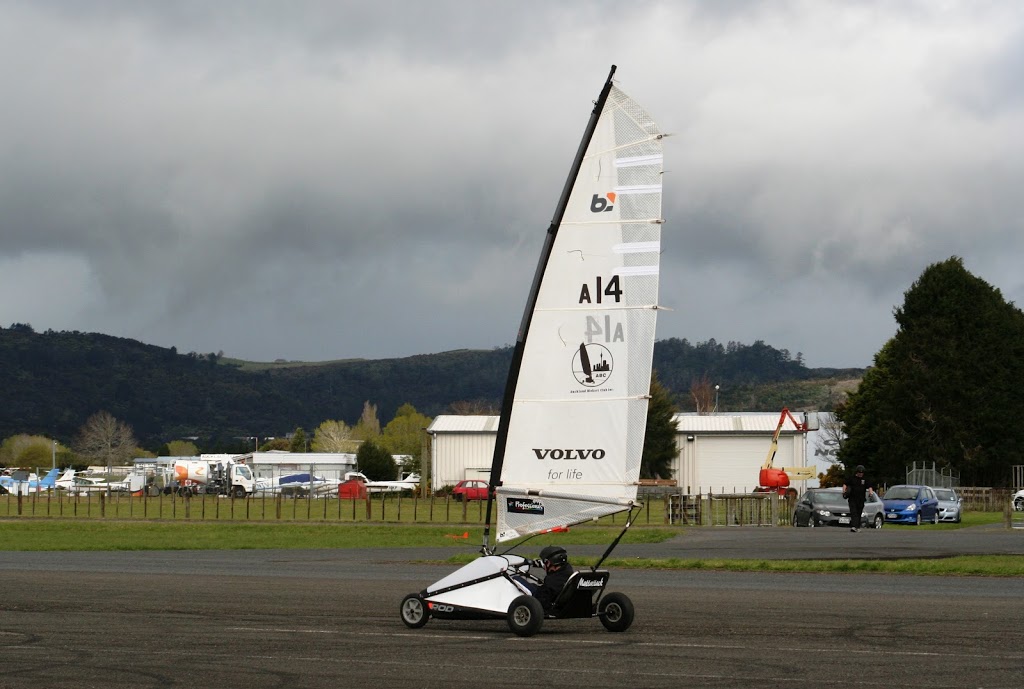 Another good race night at Ardmore Paul H was back although looking a bit rusty after a break from the blokart but will come right after a few hours back behind the handle bars. The wind stayed in all night enabling 5 races in each division. We dodged the trucks packing up the big tent. Why they had to park out on the runway was unknown but besides a wind shadow for 20 metres we managed ok. Grant took out a lightweight race and Barry then dominated the rest of the night cementing his place at the top of the leader board. The heavies had three different winners for the first 3 races before I managed to sneek wins in the last two with Bruce just behind. Matt raced with the heavies because of lack of c-division entrants turning up and for a couple of races managed to have a couple of the heavy division behind him. After 5 races each we packed up in daylight and left by just after 8 pm. An excellent night’s racing for all. Russell