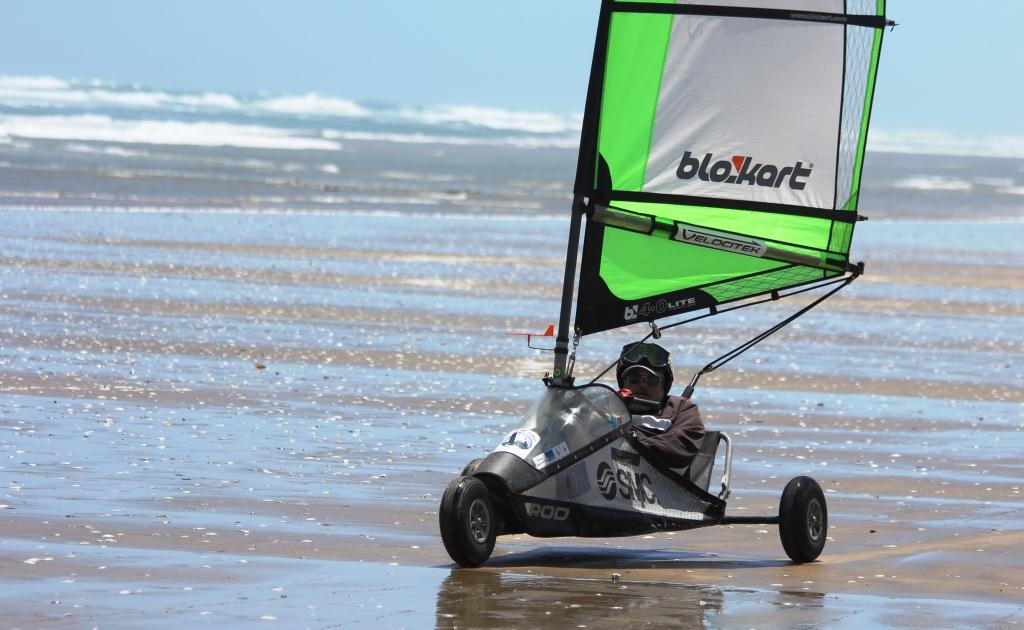 Friday started by everyone heading over to Tokerau to make the most of the morning easterly. At 10.30 most were set up with 4 metre sails ready to go. Racing started but soon slowed as the wind dropped slightly necessitating a change to 5.5s. We sailed 4 races before having a break and deciding to finish early to head for 90 MB and a predicted change to a southerly. Of course the wind then started to pick up but the decision was made. Straight to 90 MB and a light southerly just starting to come in. Started with the big sail, everyone quickly changed to a 4 metre as it swung around a bit more and finally a couple changed to 3s for the final big race. Did some short and long races and successfully tried our first slalom course, great fun although slightly dangerous as speeds increased. 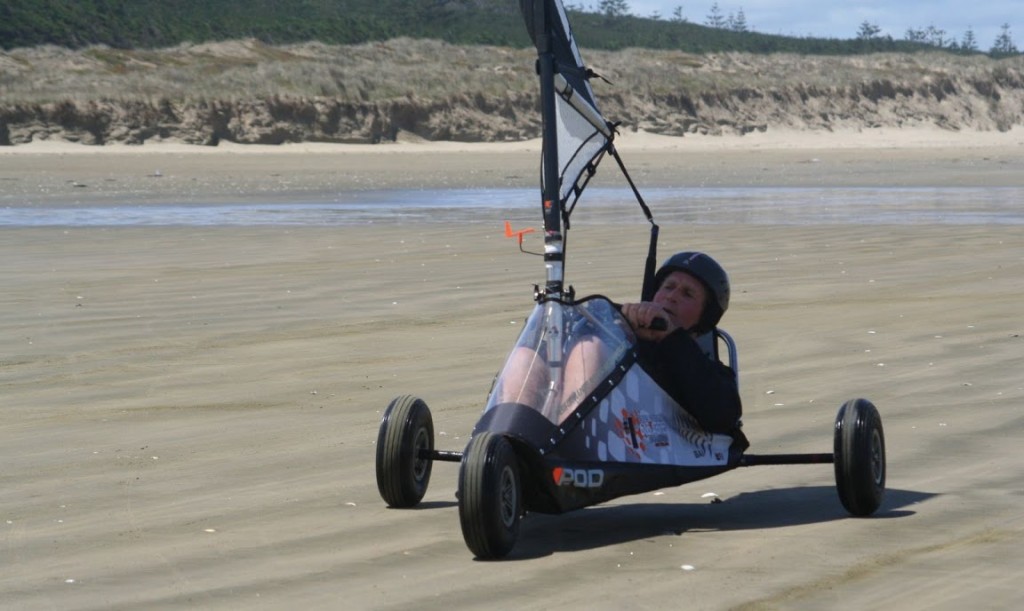 We decided to run the Orca Memorial race as the wind was up and a good angle. Ian nailed the start with Jenny and Duncan also hitting the line with speed. Russell sailed with a 3 metre and once up to speed got up to second on the first downwind leg, followed by Wayne, Grant and Bruce. Ian had a lead of about 20 metres. Up wind Bruce came through to take the lead followed closely by Ian, Wayne and Russell. With the wind swinging a bit everyone had to throw in a few tacks. The second lap was lighter with the front 4 extending the gap over a second bunch of Grant, Jenny, Jon and David H. Russell dropped back a bit on this lap because of some lulls but picked again on lap 3 as the breeze kicked in. Bruce surrendered the lead when he thought he had finished but resumed when Ian raced by and then Wayne followed by Russell. These 4 hit speeds above 70 km/hr on the run to the far mark. Bruce was back about 30 metres behind Ian at the last turn with the 4 km beat to the finish. Wayne followed closely with Russell also coming back into the group back another 10 metres. Places changed and Bruce got through Ian, Wayne and Russell also closed up so they were crossing tacks with Ian. With 200 metres to the finish Wayne crossed in front of Ian to take second, Ian third, Russell 4th, all finishing within about 25 seconds of each other. It was a great race, one Orca would have been proud of. Grant came in at the front of the second bunch in 5th place. Saturday is looking light but hopefully another sea breeze will kick in for some more high speed sailing. All good from the 90 MB team